Over the last few months, several patent offices have published their annual reports. The statistics published by the European Patent Office (EPO) caught our attention. The EPO announced a 40% increase of the granted patents in 2016 whereas the amount of patent applications filed did not change significantly.

Since July 2014, the EPO has implemented the “Early Certainty from Search” program which aims to provide a preliminary opinion on patentability within six months of filing.

Since July 2016, The EPO has also implemented the “Early Certainty from Examination” program to shorten the time it takes to grant a patent. The goal is to reach an average duration of 12 months for examination.

EPO aims to build its reputation upon quality. As with any good service, good products however need to be delivered on time. This is particularly so for innovators and investors who look for certainty at an early stage in the patent grant process. Timeliness is a key issue not just for applicants, but also for those potentially affected by pending patent rights. We wondered whether the EPO results were directly correlated with the implementation of the “Early Certainty” programs.

We were able to ask a few questions in that regard to Kris De Neef who is the Principal Director of Business Services at EPO.

Cabinet Plasseraud (CP): The amount of granted patents increased by more than 40% in 2016.  Is there is a link with the introduction of the “Early Certainty from Search” program and the reduction of backlogs?

Kris De Neef (KDN): The main reasons for the recent increased amount of published patents are:

- The overall increased EPO performance thanks to managerial measures taken by the EPO, especially the introduction of a new career system and a “focus on core” initiative which has allowed almost 90% of the available examiner paid capacity to be spent on search, examination and opposition activities. This was at around 80% in 2009.

- 62% of applications filed at the EPO come through the PCT. In 2010 the EPO made it compulsory for applicants to respond to a negative written opinion before entering the regional phase. This led to a higher quality of incoming applications which in turn led to a quicker processing by the EPO.

- The way examiner priorities are now set with Early Certainty do also have a positive impact. A few concrete examples:

- Following the successful implementation of Early Certainty from Search, more and more examiner capacity is dedicated to examination and the reduction of the backlog. This has the effect that the number of examinations being completed and thus the number of decisions to grant naturally starts to increase.

- Under the Early Certainty production priority scheme, applications for which a positive written opinion on patentability has already been drafted by the EPO during the search phase enter examination with highest priority.

- Similarly, examinations for which accelerated processing (PACE) has been requested belong to the fast track examination procedure. These typically see a higher grant rate (75%).

- Under the Early Certainty production priority scheme, examiners are expected to complete examination files which have already been started before starting new ones.

I also refer to CA/97/16 (https://www.epo.org/modules/epoweb/acdocument/epoweb2/242/en/CA-97-16_e…) describing in more details the progress made with the implementation of the Early Certainty initiative as well as the next steps.

CP: Recently, the program “Early Certainty from Examination” has been enforced. Do you expect it to have some further impact on the amount of granted patents over the next few years?

KDN: Following the successful implementation of Early Certainty from Search, the EPO focus is indeed on the reduction of the examination backlog. As more and more examiner capacity is dedicated to examination, more decisions to grant are being issued and more patent publications can logically be expected in the very near future. The number of published patents is thus expected to continue to grow in the near future as the examination backlog is being tackled, all also depending on the level of incoming workload.

KDN: The number of published patents is expected to remain at a relatively high level in the coming years because new incoming examinations will be dealt with files from the backlog at the same time. EPO has increased its performance and its capacity to handle its workload.  As the overall level of incoming workload is also expected to grow in the coming years, we do not expect the number of published patents to decrease substantially once the backlog has been dealt with.

We do not expect delays in proceedings. Currently opposition proceedings for standard cases generally last between 19 and 27 months (from expiry of the opposition period and it ends with the announcement of the decision during the first oral proceedings). The workflow of the opposition procedures has been revised within the current legal framework in order to reduce the overall duration of the procedure. With the revised workflow, which applies since the 1 July 2016, the average time needed to announce the decision in oral proceedings for such standard cases is expected to go down to 15 months. This will be achieved mainly by internal parallel processing, reducing the internal time limits for actions, and allowing extension of parties' time limits only exceptionally where a reasoned need exists. The changes in the processing of oppositions however do not affect the procedural rights of the parties and safeguards the right to be heard.  EPO aims to dedicate sufficient examiner capacity to the opposition procedure so as to reduce pendency.

In conclusion, we believe that these explanations are excellent news for patent applicants.  Time will show whether this dynamic goes on. In that regard, we will be keeping an eye on 2017 numbers.

A few tools are already available to accelerate proceedings before the EPO, most importantly the PACE and PPH programs. In case of PCT applications, it is also possible to renounce to the Communication according to Rule 161 EPC when entering regional phase, to enter regional phase before the 31 month deadline, and even to file the European application together with an informal note so as to answer the objections which might be present in the International Search Report.

In 2016, Cabinet Plasseraud experienced a 50% increase of granted cases compared to 2015.

This article is also available…

Antibodies are necessary tools in medicine and biotechnology, they are used in therapy, diagnostics, analytics, and research.  Which types of… 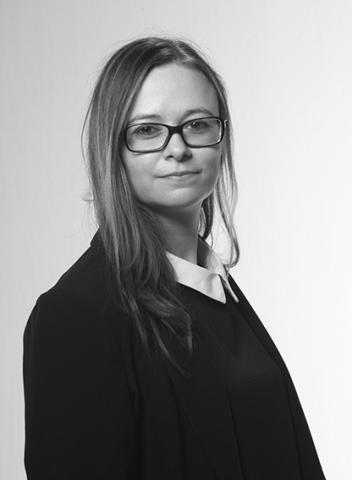