Is a robot entitled to an IP right?

As AI creeps into our daily lives, new sets of questions are forcing us to revaluate the boundaries between ever more “intelligent” machines and humans. Whether it concerns the liability of accidents involving autonomous vehicles or the ethicality of some AI codes in image recognition, a fundamental question revolves around our relationship with a machine which we cannot fully control. Can a machine capable of constructions of its own be entitled to rights, or does it remain the property of a human?

This question hasn’t left the intellectual property world intact. Inventions and creative works are being now made by AI coded machines, which leaves us to figure out who should be qualified as the creator of the work. Is it the machine because it invented something the human who coded it never even envisioned? Or is it the human behind the original code, because the machine is considered as a slave of the human?

Two cases recently fed the debate. In a recent patent case, the European Patent Office (EPO) had to consider if a robot was a validly named inventor in the sense of the European Patent Convention (EPC), and in a recent copyright case, a Chinese court had to decide if a work produced by an AI-coded machine could be awarded a copyright.

The European Patent Convention was first drafted in 1973, before AI was prevalent in our lives, and thus without the ramifications of computer related inventions in mind. The EPC recites that a European patent application shall designate the inventor.

Article 81 - Designation of the inventor

However, no further definition of who/what constitutes an inventor is given in the EPC. In conjunction to Article 81 EPC, Rule 19(1) EPC only says that “the designation shall state the family name, given names and full address of the inventor”.

The EPC gives an explicit definition of who the owner of the patent application may be, which interestingly may be a natural person (e.g. Mr. X) or a legal entity (e.g. Company Y):

A European patent application may be filed by any natural or legal person, or any body equivalent to a legal person by virtue of the law governing it.

The penalty for not naming the inventor is a refusal of the application (Article 90(5) EPC). As a result, this formal requirement has dramatic consequences if not properly fulfilled.

In the matter of the European Patent Applications No. 18275163 and No. EP18275174, DABUS, was named as the inventor. The applicant submitted a separate document explaining that DABUS was a type of connectionist artificial intelligence from which the applicant had acquired the right to the European patent as employer. The EPC was left to consider if naming a machine was fulfilling the formal requirements of the designation of the inventor. By doing so, the applicant enticed the EPO to take a position on whether a machine could be a properly named inventor.

DABUS was not a simple coded machine, meaning that it is not merely executing instructions inputted by the human. A connectionist artificial intelligence is commonly made of different layers of neurons arranged in a network.  Training data are inputted in the network, and the network deduces rules from the training data, without a human instructing the network what these rules are.

As a result, the applicant considered that such machine “identified the novelty of its own idea before a natural person did’’. The machine should thus be recognized as the inventor and the applicant, being the owner of the machine, was the assignee of the intellectual property rights created by the machine, not the creator. The applicant further argued that Rule 19(1) EPC regarding the identification of the inventor did not specify that the inventor had to be a natural person, and that the purpose of Rule 19(1) EPC was only to properly identify the inventor.
Since the EPC did not provide enough information as to who/what constitutes an inventor, the applicant looked into the Travaux préparatoires, the official record of the discussions that lead to the EPC of 1973. By doing so, maybe could we have an insight of what the original drafters had in mind when they conceived the EPC. To the applicant’s opinion, nothing in the Travaux préparatoires allows to conclude that anything but a natural person would be allowed as a designated inventor.

The argumentation then pointed out that the articulation between the EPC and national law. While a requirement of the EPC is to designate the inventor, the validity of this designation is a matter of national law (as long as the formal requirements of the designation are fulfilled, a point of contention in the present case). Following this reasoning, since DABUS is the true inventor and if a non-natural person wouldn’t be allowed to be designated as an inventor, then the true inventor would never be designated in AI systems like DABUS, which would violate most national laws. Moreover, accepting an AI system as inventor would be in line with the function of patent law to incentivise innovation and to disclose inventions to the public.

In a decision rendered on January 27, 2020, the examining division of the European Patent Office decided against the position of the applicant and took the position that an AI-machine isn’t a natural person to which rights can be awarded. Instead, an AI-machine is a thing that is owned by a human. As a result, a machine cannot be properly designated as inventor.

To arrive at this conclusion, the EPO took the position that, first, the formal requirements of Rule 19(1) EPC regarding the identification of the inventor were not met in the present case. The ability to identify a person through its name is not equivalent to the name a machine is referred by. The reason being that the name of a natural person “serve[s] not only the function of identifying them but enable[s] them the exercise their rights and form part of their personality”. To the EPO, the Travaux préparatoires show that only a natural person was intended to be an inventor. For example, there had been a proposition to make a legal entity designed as an inventor, yet it did not make the final draft. Inventors have rights in view of the EPC (for example, the right to transfer the patent applicant to an assignee), and “AI systems have at present no rights because they have no legal personality comparable to natural or legal persons. Legal personality is assigned to a natural person as a consequence of their being human, and to a legal person based on a legal fiction. Where non-natural persons are concerned, legal personality is only given on the basis of legal fictions. These legal fictions are either directly created by legislation, or developed through consistent jurisprudence. In the case of AI inventors, there is no legislation or jurisprudence establishing such a legal fiction. It follows that AI systems or machines cannot have rights that come from being an inventor, such as the right to be mentioned as the inventor or to be designated as an inventor in the patent application.”

The EPO in its decision further reminded that when the IP5 (US Patent and Trademark Office (USPTO), the European Patent Office (EPO), the Japan Patent Office (JPO), the Korean Intellectual Property Office (KIPO), and the National Intellectual Property Administration (CNIPA formerly SIPO) in China) meet in 20181  to discuss AI related invention they agreed that “[…] the inventor be a natural person and should be designated as the inventor in the application.” It also reminded that the EPO had previously ruled accordingly in a Board of Appeals decision (J7/99, point 2 of the reasons and J8/82, points 9 and 13 of the reasons), and that currently no national law had recognized an AI machine as an inventor.

With this decision, the EPO delivers a conservative view on the matter, reaffirming that the human is a master of the machine, without creating a legal fiction around creative robots by jurisprudence.

In China, an interesting decision has been rendered regarding the copyright of an AI-generated literary work. The Nanshan District Court of Guangzhou Province, China, found that the work generated by an AI met the requirements of originality of copyrightable works, and that the copyright would be awarded to the humans/legal entity who developed the AI.

Tencent, the video game company, had developed a software called “Dreamwriter” which assisted the drafting of articles using AI. Yinxun, although acknowledging Dreamwriter, reproduced on its webpages the article without consent. Tencent brought suit for copyright infringement.

Legally, copyright is awarded for “original creations of the mind”, as in: the human mind. In AI assisted writing, there is a mix between human and machine interactions. Human minds are involved in the instructions given to the AI, but the output is not controlled by the human minds. In view of this, can an AI generated work be original in the sense of copyright laws? If so, who is responsible for the originality of the work? The AI since it created an output not envisioned by the humans? Or the humans who selected different data and other parameters to code the AI? In assessing copyright, the Court had to evaluate if the work is one of being protectable under copyright law and if the work is original. The work outputted by Dreamwriter was a financial article, and as such qualified as a work protectable under copyright law. Regarding originality, the Court looked into whether the work had some creativity. The Court’s opinion was that the selection of different data and other parameters by the humans to code the AI, as well as the editing and paragraph ordering of the outputted article by the AI, was a creative work. The Court found that the humans had provided a substantive part of the creation, and that the AI was an ordinary tool to produce a technical effect as desired by the humans. Since the creation was a result of the humans, the humans would be entitled collectively as the legal entity to the copyright.

The Chinese decision is interesting because it deems an AI assisted work to be copyrightable. Yet, the creativity and the fruit of that work have been attributed to the humans, not the machine. In the patent case, the patent owner considered that naming anyone else but DABUS as the inventor would be in violation with the principle that the true inventor should be named, because the applicant considered that the true inventor was the AI. Whether DABUS or the human was the true inventor is a question that wasn’t discussed by the courts in the patent case, since the contention revolved around the question of whether a machine can be validly named as an inventor (i.e. formality requirement). In contrast, the copyright case takes position on whether machine generated work was an original creation.

Because some creation was provided by the human, and maybe because the AI has no legal fiction (yet?), it was considered that the human was the creative entity, and the AI was just an executant. As machines are taking a growing place in the creations, with human input decreasing, what will be the boundary at which, if ever, the creation will be deemed to have been essentially made by the machine, given the relatively small input of the human. In that case, will the machine be a co-author? Will a legal fiction be created around AI machines?

1 Report from the IP5 expert round table on artificial intelligence Munich, 31 October 2018

Video Games and patents in Europe: a brief overview of the current situatio
2 October, 2017 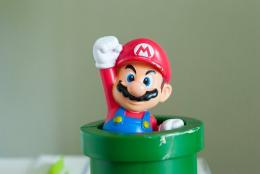 Written by Jean-François ADAM Video Games and patents in Europe: a brief overview of the current situation The revenues generated by the video game (...) 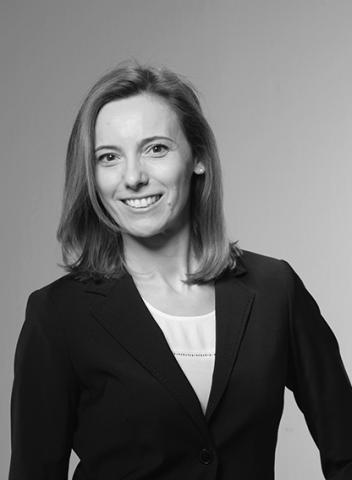 Video Games and patents in Europe: a brief overview of the current situatio
2 October, 2017

Written by Jean-François ADAM Video Games and patents in Europe: a brief overview of the current situation The revenues generated by the video game (...)